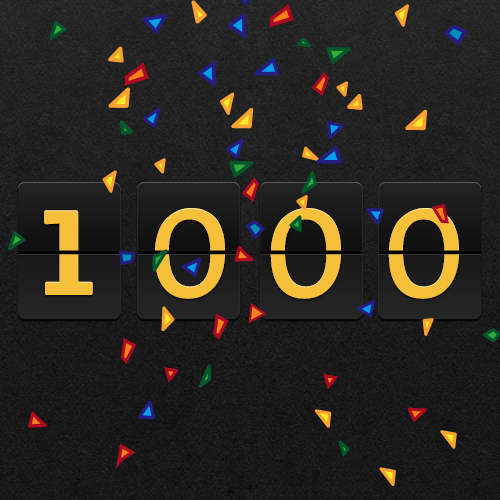 Shout out to Vinay Garg for the 1000th like here on MakeSandcastlesNotWar!

Thank you Vinay Garg for taking the time to check out my blog posts!  It’s readers like you that help make the sandcastles grow a lot bigger.

It may be that our role on this planet is not to worship God but to create him.

If you’ve been consuming a lot of cannabis, you would notice that each new strain contains a different flavor and smell within the product.  Some flowers give off a pungent aroma while others taste similar to a grapefruit.  You’ve probably had a joint containing Lemon Skunk and noticed the jolts of energy rushing up and down your body.  With more strains being discovered every year, new flowers are popping up in dispensaries for customers to try out.

This is actually not a coincidence – some cannabis strains actually DO smell/taste like a grapefruit.  With that being the case, does this affect cannabis’s usability as a healing product?  If yes, then how so?  Is there a simpler way to browse through over hundreds of cannabis strains to choose from?

To start off this interesting point, I’d like to say this right now – this post will NOT get complicated!  You don’t have to become a world-class cannabis connoisseur to understand the workings of terpenes within cannabis.  This is will be getting down to the basics, not be a lesson in Advanced Cannabis Chemistry III.

Back to the questions — these myriads of flavors definitely affect cannabis’s usability.  Each strain’s effect will be based on its terpene content.  Remember my post back in April when we took a tour of the terpenes found within cannabis?  If you haven’t, then you’ll probably want to start the journey here.

Various terpenes (Caryophyllene, Limonene, Linalool) contain differentiated effects.  Limonene provides a mood-elevating effect while Myrcene has a sedating effect that will have you glued to the couch.  Not only are these terpenes featured within cannabis strains, but they are also found in other edible items.

Here’s a perfect example of terpene flavors overlapping among various edibles.  Let’s suppose we have an orange in the morning.  We either drink orange juice or eat an orange with our meal.  Consuming oranges has a lot of amazing health benefits, with one of them being that it gives us lots of energy in the morning.  Ever wonder why soccer moms/dads packed oranges for the team each game?  Eating those orange slices is PERFECT for that jolt to start running around the soccer field.

Now let’s move on to our strain of California Orange.  California Orange is a 50/50 indica/sativa hybrid strain that produces a sweet citrus aroma.  Consuming some California Orange will produce an upbeat, clear-headed effect that will leave you energized for the day.  It’s the citrus, orange aroma from the terpene profile that will induce the energizing effects of the California Orange.  Other than loading your body up with some THC, you’re also ingesting some healthy terpenes that come with amazing benefits.

Just like the orange juice you have in the morning, California Orange will produce the same energizing effects.  The same goes for other strains and their various terpenes.  Vanilla Kush has some sedating effects because of its vanilla-like taste.

If you’re ever confused about what cannabis strain is right for you, then think about what edible items produce similar effects.  Drinking coffee will keep you going and focused, so a strain with a coffee flavor would be right for you (like Chocolate Thai or LA Chocolat!).  Most berries will leave you relaxed, so consuming Blueberry Kush or Grape OX would be good for the night.  Your search for the right cannabis strain is based on the right terpene profile that is in other edible items (see how simple this can be?).

So that’s the ‘cheat sheet’ of discovering the right cannabis strains for you.  Lemon-scented strains will keep you energized while scents of grape will leave you glued to the couch for a while.  Just remember what terpenes are good for a certain situation and you are just one step closer to finding the right cannabis for you.

That’s all for today.  Hope you enjoyed this simplified process of discovering the right cannabis strains! 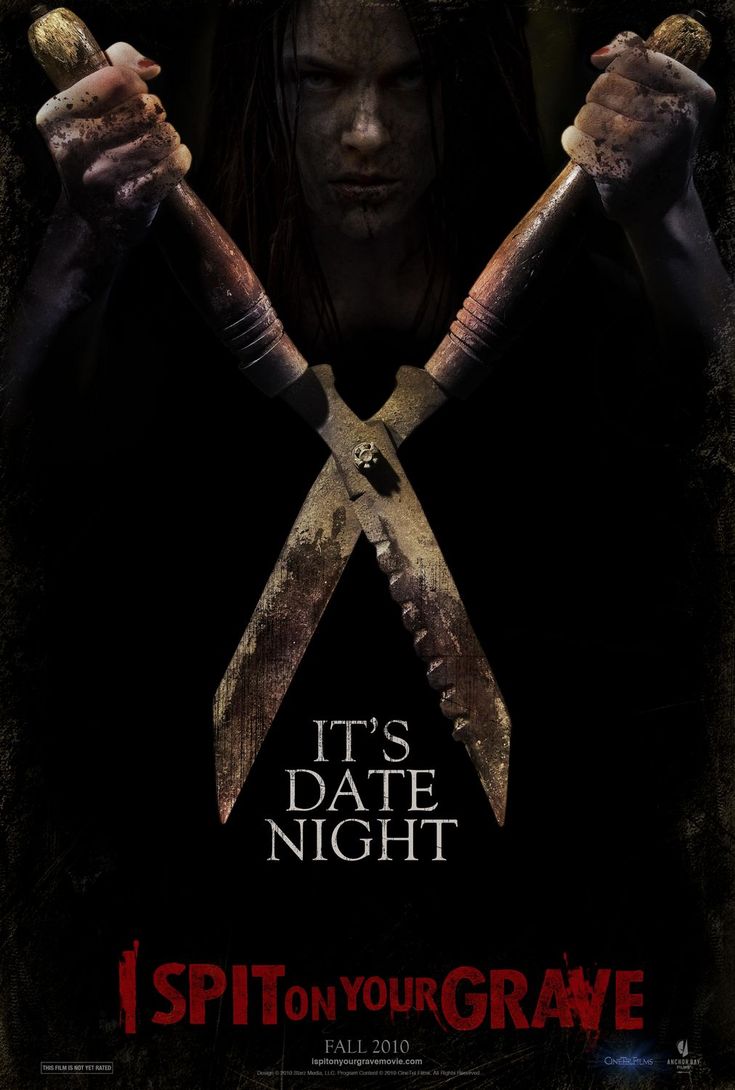 With fall coming in around the corner, the horror films will be screening in theaters nationwide.  Horror movies are great to watch and they’re extra special around Halloween time.  The summer blockbuster franchise season may be ending soon, but now it’s time to get scared silly with the horror films.  One horror franchise that everyone is excited about this year is Stephen King’s IT.

IT is set to release in theaters nationwide on September 8th.  Based on the novel Stephen King wrote in 1986, the classic tale follows seven children in Derry, Maine who are terrorized by a creepy clown known as Pennywise.  Pennywise is responsible for the dozens of children that disappeared from the town.  After being terrorized by the traumatic clown, the children face their own demons as they got older. 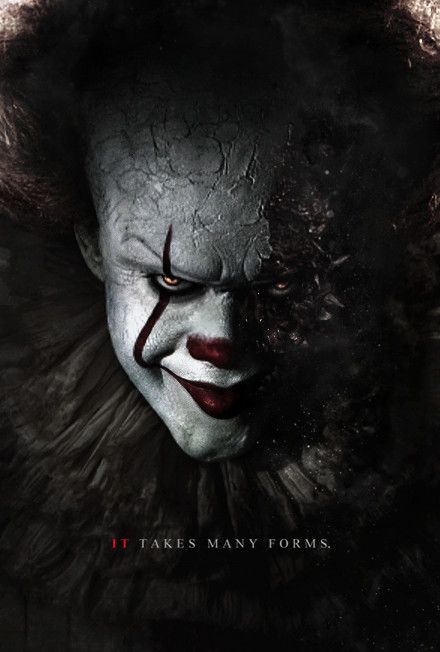 Fans of Stephen King’s novels will definitely be looking forward to the film.  This horror franchise will definitely open up a whole new fear of clowns.   One movie theatre is pushing that clown culture over the edge by hosting a ‘clowns only’ screening.

You heard me right, people – a CLOWNS-ONLY screening of IT will be taking place in September!  The Alamo Drafthouse in Austin, Texas is hosting the screening just for clowns.  Some activities that will occur before the film starts include raffles, face painting, a photo booth, and some other terrifying events.  Moviegoers are encouraged to dress like a clown for this special screening.

This whole ‘clowns only’ screening idea came about after the Wonder Woman screening controversy.  After holding a screening of Wonder Woman for women only, a lot of men grew angry over the event.  One of those complainers asked if there would be a male-only screening of Thor: Ragnarok or a special screening of IT for the clowns.  Sure enough, The Alamo Drafthouse decided to take his idea of a clown screening.  Other ‘clown only’ screenings will be happening in Brooklyn, Dallas, Omaha, Phoenix, San Antonio, and other places. 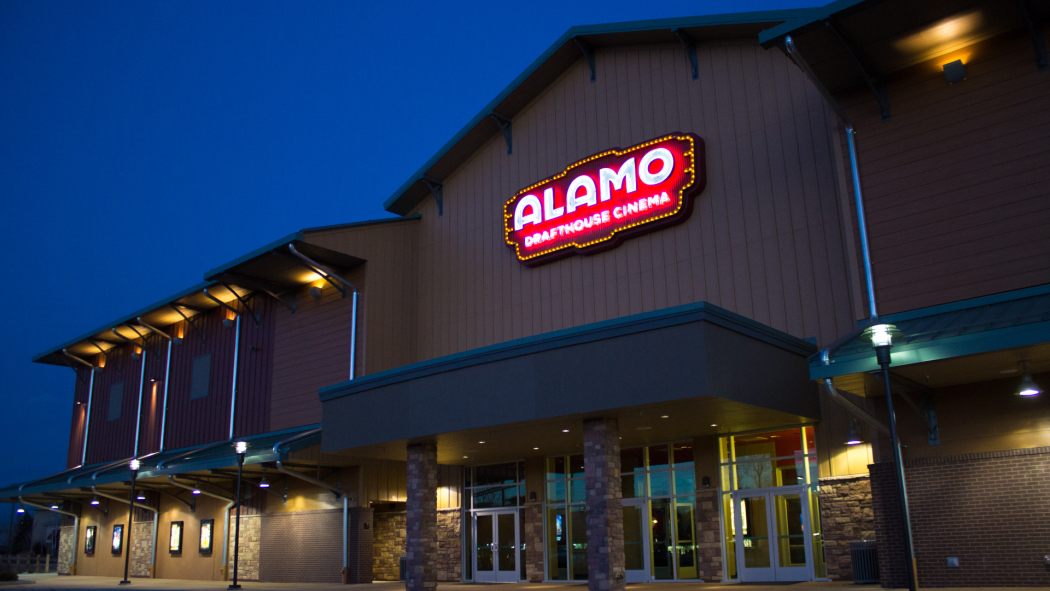 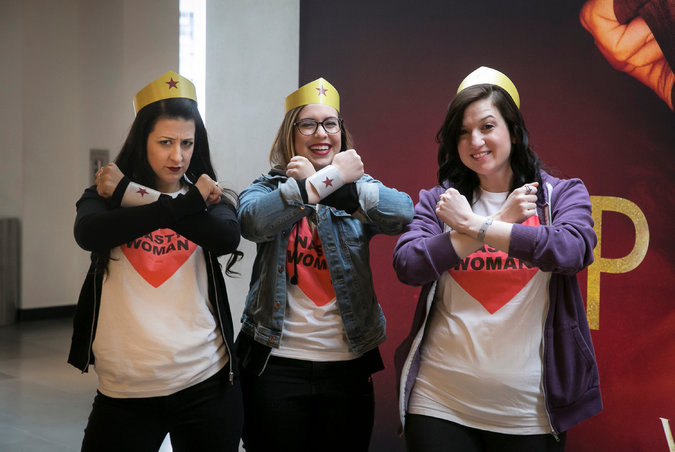 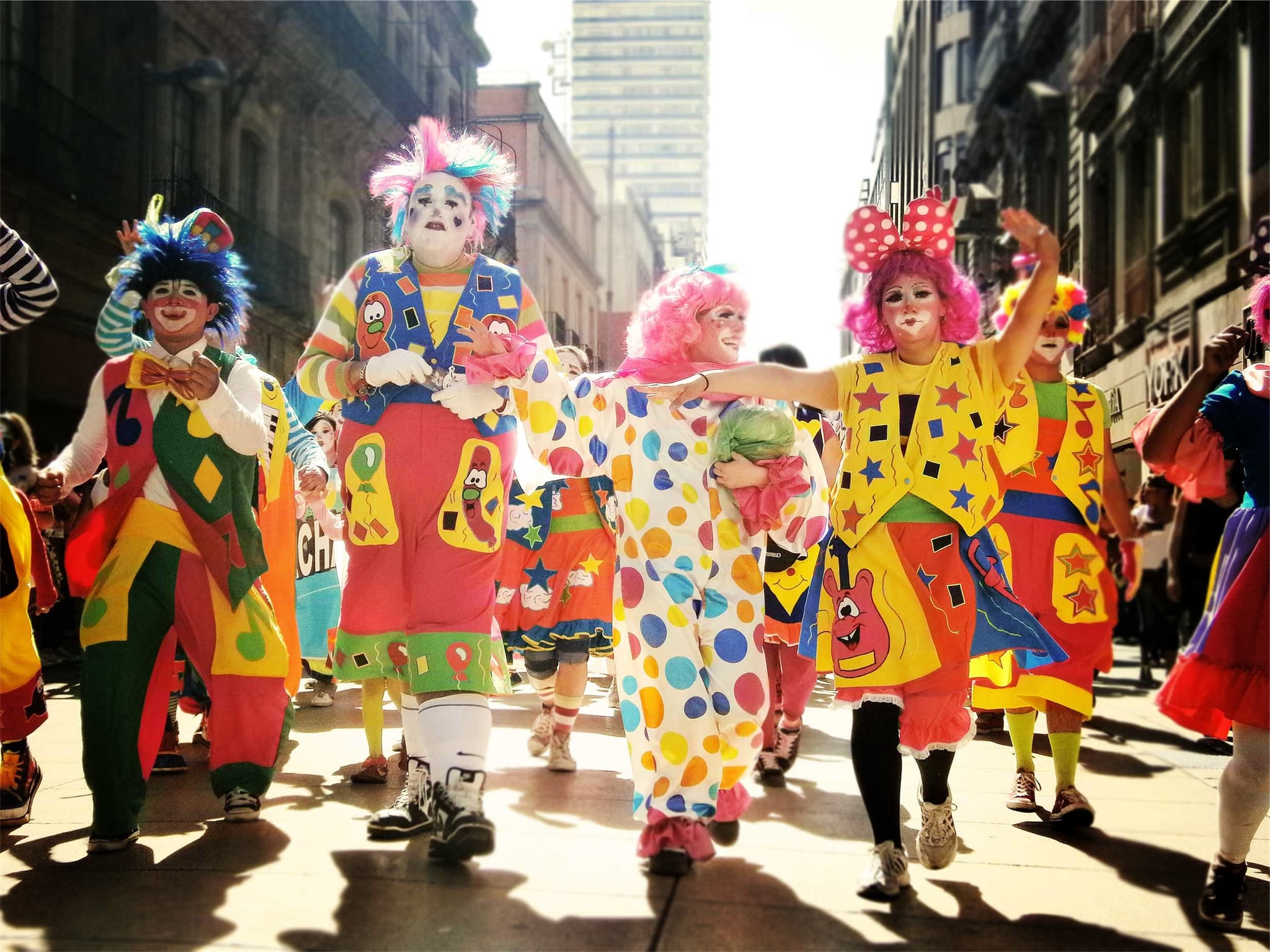 Screening events for films like Wonder Woman and IT are great publicity stunts to generate more buzz on franchise.  These kinds of stunts pull audiences from all around the area to check out the latest film hitting the theaters.  Fans of Stephen King’s IT novel will don their best clown outfit to celebrate their favorite story.

I think this is an incredible PR stunt!  Moviegoers will be even more freaked out with all of these clowns sitting around them.  It’s a shame that there isn’t a ‘clowns only’ screening in Boston because that would’ve made for quite a movie experience!

Screening events like ‘clowns only’ screening for IT are great examples of publicity stunts for movies.  Publicity stunts will only help the product/service grow higher if it is pulled off correctly.  It’s important to strategize your stunt so that you reach your goals/objectives for the work.  Any errors that happen with the stunt will create a PR nightmare for the company! The Alamo Drafthouse showcased a great example of how a publicity stunt like ‘clowns only’ screening of IT will help flourish the franchise.  Not only will this pull more potential audiences into seeing the film, but it will generate some fantastic publicity.  PR pros should take note of this case study for a future reference.

Last year we had some craziness with the clown sightings around America and now we have a screening event where clowns are encouraged to attend.  All clown enthusiasts should attended the ‘clowns only’ screening of IT in September!

Happy summer everyone (or what’s still left of it!).  We’re creeping into September and the cool, crisp air is blowing over to Massachusetts.  Summer may be ending soon, but the silver lining is all of the new TV series airing in the fall. 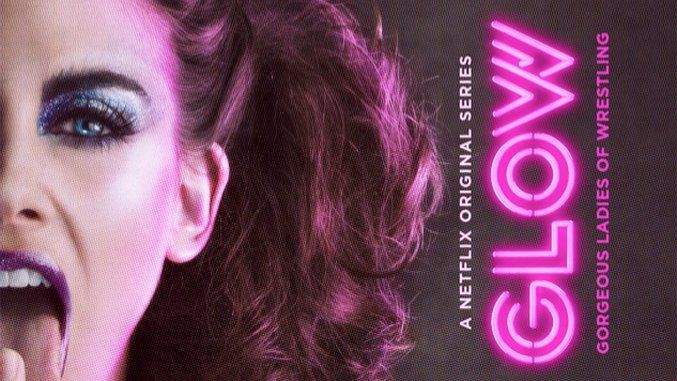 While I’m pumped for the newest seasons to hit next month (mostly excited for AHS: Cult to start!), Netflix is still releasing some television gold these days.  I got to learn about lady wrestlers with GLOW, dived deep into the gloomy money pit of Ozark, watched old friends get together with Friends From College, and encountered a vicious battle happening in Castlevania.  This month’s binge-watching adventure took me to a new stoner-sitcom series that is Disjointed.

Disjointed released August 25th with Kathy Bates starring as Ruth Whitefeather Feldman, owner of a medical dispensary in Los Angeles.  Feldman employs her son Travis and a team of young budtenders to help run her dispensary.  The stoner-sitcom series was created by David Javerbaum and Chuck Lorre (Dharma & Greg, Cybill, Two & a Half Men, The Big Bang Theory, Mom!).  Ten episodes were released with ten others slated to be released later on.

I haven’t been the biggest fan of the latest sitcom series that have aired these days, but Disjointed was surprisingly good!  It’s a sitcom comedy series that takes place in a medical cannabis dispensary.  The characters are really wacky (especially Ruth!) and they fit the stereotypical stoners that people usually think of.

What’s ironic is that the whole plot is a tongue in cheek scenario aimed at the cannabis culture (and it works too!).  From the trippy animated segments to the 4/20 smoke seshes, Disjointed has everything a stoner-sitcom needs to be successful.  Seeing Cheech & Chong drop by at episode ten was one of few guest spots I enjoyed as well.  It was definitely a go-to sitcom series after consuming some Blue Kush.

Besides the series itself, Netflix created a genius marketing strategy along with the show’s release.  To promote the 4/20-friendly sitcom series, Netflix released 12 new cannabis strains the past weekend known as the “Netflix Collection”.  These 12 strains mirrored off of Netflix’s newest series and three of them are based off of Disjointed (which were Eve’s Bush, the Omega Strain, and Rutherford B. Haze).  Some of the notable strains that dropped were from highly-acclaimed series such as Orange is the New Black (Poussey Riot), BoJack Horseman (the Prickly Muffin), and even Arrested Development (Banana Stand Kush).  These Netflix-branded strains were sold at a temporary pop-up store over at Alternative Health Herbal Services in West Hollywood, California.  The sales may be over now, but it still made for an intriguing marketing strategy for promoting Disjointed.

Overall, Disjointed ended up being a great series even though it went to pot (LITERALLY!).  The kooky hippy characters and far-out psychedelic animated segments really brought the show to HIGHER standards.  Most of the content pokes fun at the cannabis community with the stereotypical stoner characters and it ends up working well.  Their brilliant PR stunt promoted both the series as well as the cannabis industry. 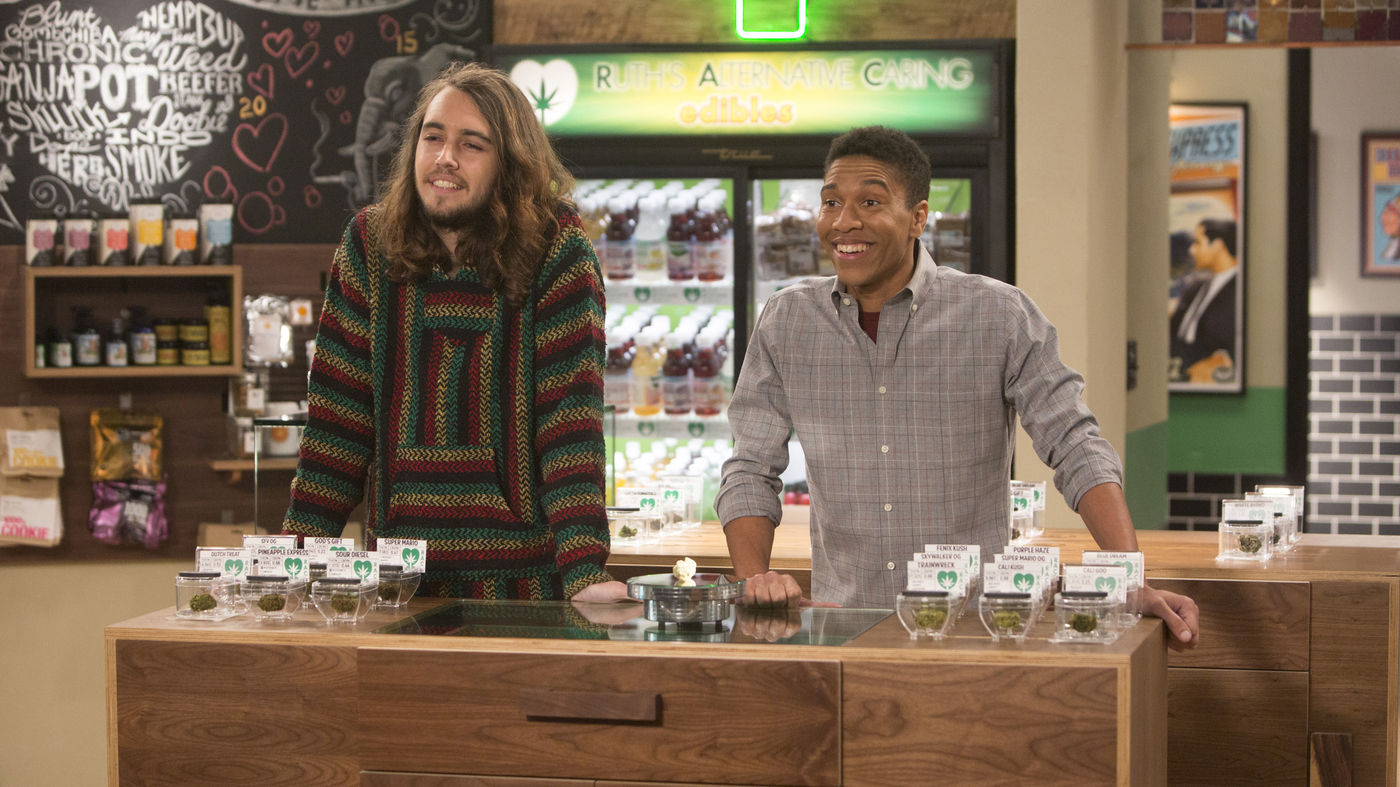 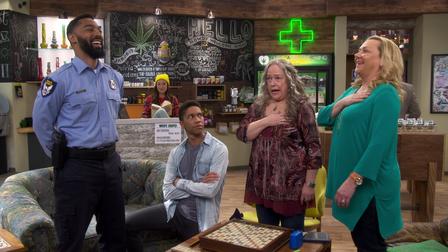